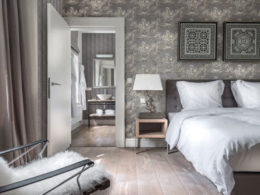 Central setting selection, whether it be an art painting, a designer installation or a suitable wallcovering, is crucial for choosing an interior scene. One may easily get confused by an abundance of designs, colors and elaborate combinations of lines and angles. A circle though is, among all, the most sustainable geometric figure, perceived by many cultures as an image of harmony and perfection.

A tondo is a Renaissance term for a circular work of art, either a painting or a sculpture. The tondo has been used as a design element in architecture and art throughout the ages.

The tondo is the term that inspired us to create a collection under the same name with the circle as the main motif of the designs implemented in two classic French styles.

One immediately thinks of France as a benchmark of perfection and quality when talking about an exquisite style and irreproachable taste. In the days of his triumph and victories Napoleon Bonaparte was proclaimed Emperor of France. It was then that the classic Empire style originated. This reserved masculine style distinguishes itself for luxuriance, gloss and orotundity.

This is the classics for kings and emperors.

It stands to reason that the Empire style presupposes classic works of art depicting the elements of the glorious ancient Greek and Roman empires, the images of ancient gods and goddesses, as well as courageous characters from the past. The main features of the Empire style are chastity, solemnity and equilibrity.

Unlike the Emperor style, Toile de Jouy is an elegant and delicate style. Toile de Jouy is a piece of thin fabric, from a French word meaning “linen cloth”, produced in a small village not far from Versailles. The pattern portion on this fabric consists of a single color and encompasses the images of ancient scenes, flower arrangements and pastorals in light cream colors. The patterns of sheppards, nonchalant animals and birds, serene rural living look exceptionally light and unstrained which distracts your attention from the hustle and bustle of the city.

The Tondo collection with its designs and colors fully conforms to the European design Tondos of 2016/2017.  The brand-new collection will definitely appeal to the fanciers of the imperial, austere and sustainable classic style. 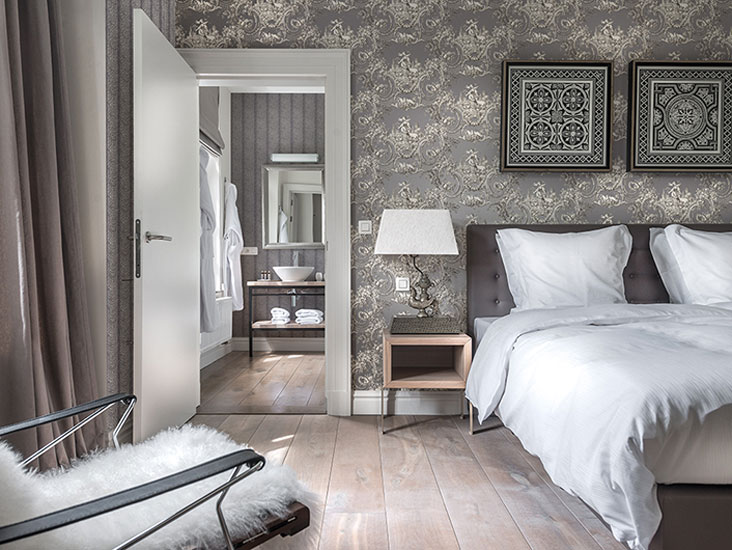 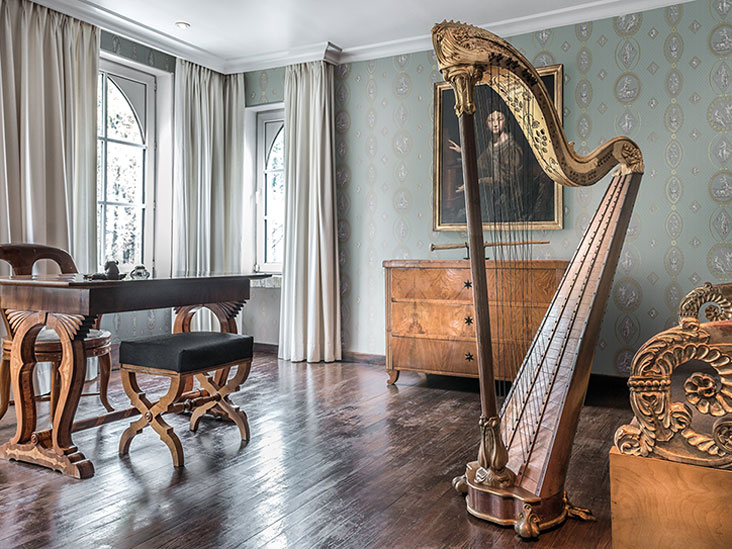 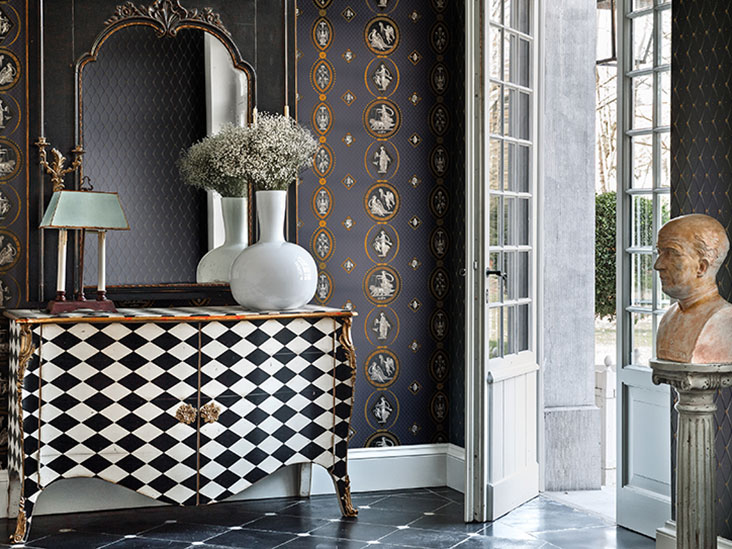